We live in a very political time – not just with regard to elections and parliament, but both the public and private sphere are getting progressively more politicized. At House of Futures we are both observing and participating in these changes on many levels, and Tuesday we brought together three Danish Top Executives to discuss the political role of business leaders.

Chairing the discussion was Flemming Wisler: “During the crisis, something peculiar happened to the CSR-agenda. As taxpayers funneled funds to keep corporations from bankruptcy, they started to demand something in return: involvement. The result is that being a CEO is now inherently political”.

Martin Manthorpe, Chief of Strategy at NCC, agrees: “When I came to NCC, my strategic brief to the executive board had a central message: your target group is no longer the individual housebuyer. It’s the political decisionmakers, and they can’t be reached by primetime TV ads – reaching them requires the courage to step up and involve yourself in the political agenda. “

All of them had strong opinions on the shortcomings of traditional governance when it comes to driving sustainable change.

Lars Pehrson says: “If society demands that business start producing their goods in a sustainable way, businesses will find a way to do it. Many of the solutions are ready to go, and the regulations are in the pipelines – they just get delayed indefinitely because of the lack of political courage”.

Lennart Lajboschitz, founder of the fast growing enterprise TIGER: “The stock answer to the question of what Denmark should live of in the future is always more education. But i just came back from China, and they are churning out engineers at a rate we could never hope reach. We have a head start, but the rest of the world is catching up fast. They are also not as inhibited by strong democratic traditions, so maybe we should give up on the notion of being the world leaders. Maybe we should just accept that for all the upsides of living a in a highly egalitarian society, there is a cost”.

But it isn’t all opinion, and the political CEO’s of today are heavily invested in steering society’s development in a positive direction, as political responsibility is transferred from the political system to businesses.

“The build environment makes up the majority of our energy consumption, and as population grows we need to improve their efficiency. That isn’t just a vision or an opinon, that’s a necessity if we want to provide housing without compromising the environment.” says Martin Manthorpe.

“I’m all about the little world. Out in the big world, there is hunger,war and a thousand other calamities i can never hope to do anything about, but in my everyday life i try to make a personal commitment to bettering circumstances for both my employees, my suppliers and my customers. I’m on a mission to prove you can do business without letting go of your basic humanity“, says Lennart Lajboschitz.

Lars Pehrson: “The savings of today shape the society of the future. In Merkur, we are in the privileged position to further worthy projects, and we only finance projects that delivers a long term contribution to society”.

This isn’t just altruism – sustainability is good business, not only for the individual firms, but for all of us – especially in the long term.

“We financed pioneer projects in eco housing back when nobody would touch it – and we never lost money on any of it”, says Lars Pehrson.

Martin Manthorpe: “There is a challenge in the fact that the market value seldom reflects the real cost – especially in a larger scope. Who pays for nuclear waste in 1000 years? So in reality, sustainable projects may cost us more right here and now, but in the big picture they are very profitable – for society as a whole”.

However, the political involvement of CEO’s is far from unproblematic, especially, as Lennart remarks, when  the aid given by moguls such as Bill Gates now equals the UN’s malaria program.

The lack of restraints and governance might prove a problem, as such individuals might have their eyes set on a particular solution that doesn’t benefit us all in the long run.

An example could be using GMO to eradicate hunger in Africa; a noble cause no doubt, but does it justify the means? The whole premise is questionable and a number of experts and practitioners suggest that agro-ecological methods can produce even better results at lower costs. Lars Pehrson suggested that gifts always have to incorporate a arms length principle: “After donating the giver has to step back, he has to leave the decision on how to use the funds to someone qualified in the particular field. Otherwise personal preference diverts from optimal choice.”

Amongst the audience it was suggested that CEO were voted into position – not only by the board of directors, but by the general public. Until that day, consumers will have to continue voting by the means at hand: their wallets. By insisting on transparent sustainability in business, consumers can shape business and society. 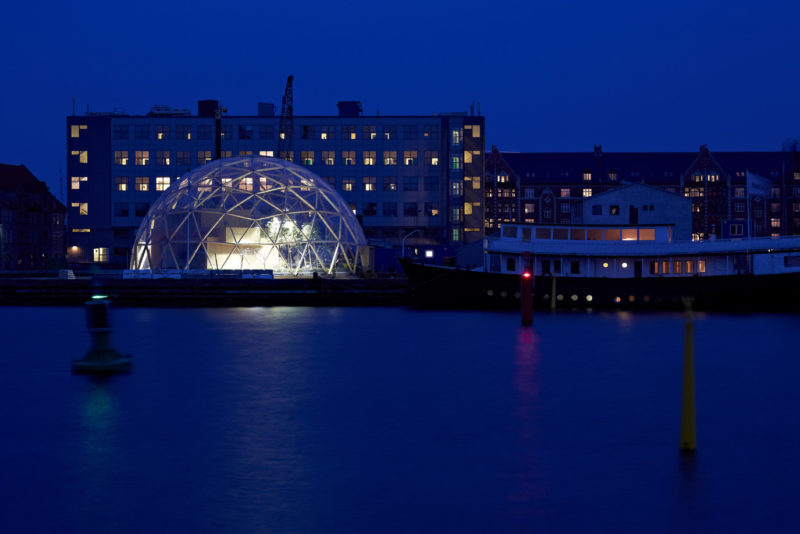 The Future is now – come and see!

the end of a Perfect Day