Representing the Fictional State of Mind

Executed in House of Futures, Copenhagen

“What a ride… can’t shake off the fiction!” – reflection by guest after exit

The Embassy of Untrue Reality is a performance installation that lets people be guided through passages, led out of the fixed traits of identity and socio-economical structures, into the river of limitless possibilities in the imaginary.

The first time the embassy opened its doors was in Beirut, Lebanon, early 2011 in the midst of social and political turmoil. On the last day a wedding between a homosexual couple was executed, an illegal ritual in the Middle East, but made possible through fiction. Both grooms had to be veiled behind masks to protect them from being exposed outside the fictional frame.

When the doors opened to the embassy in Copenhagen, it was clear to the permanent embassy staff that many applicants had great access to The Fictional State of Mind, though lacking the practical knowledge to perform a real fictional execution. Applicants came from many different countries and institutions, all sharing a great desire to become citizens of The Fictional State of Mind. The busy office was almost overwhelming and put the permanent embassy staff under a lot of pressure. Many became citizens; but some were denied citizenship if they couldn’t leave their fixed personality at the gates of the fictional frame.
On the last day, the celebration of All Fictions Day, all new citizens and the permanent embassy staff shaped a procession with the Ambassador and The Imaginary girl in front, moving through old Copenhagen down to the canal, where old fictions were sacrificed through ritual and new fictions celebrated through Dionysian feasts. 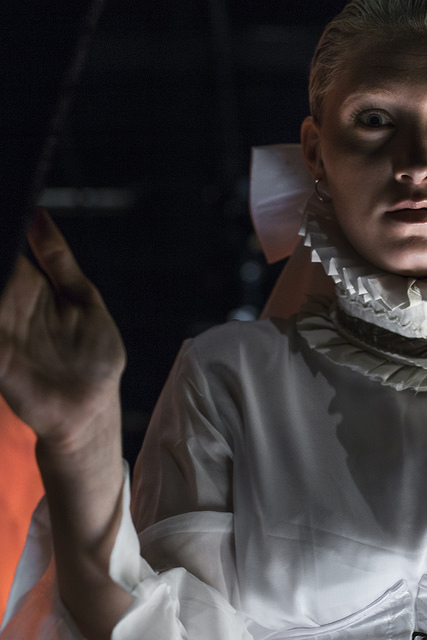