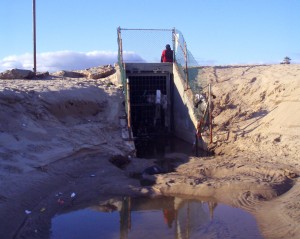 I am currently living in Los Angeles in a small sublet in Venice spending quiet days sitting, writing and looking out through the window blinds at palm trees, crows and seagulls. I am online, and constantly communicating with the other Fiction Pimps back home. Like many times before, we have started feeding the process of calling out a new imaginary world with inspiration: Twirling blue veins, a velvet heart chamber, the inside of an eye, a man half dozed off sitting in an old arm chair, a burned out cigarette, birds flying over black waters. The images we post become part of an album on our secret page on Facebook. Below every image we add associations to theories, songs, texts, sounds and series of long chats. When this intense feeling of immersion and inspiration takes hold of my gut, that’s when I know the world is beginning to live inside of me. Just the other day, one of the chats amounted in imagining silhouettes of people sailing and walking out at night around the inner zone of Copenhagen. I already hear the scratchy sound of your footsteps. Working with Fiction Pimps, the leap from developing an imaginary world to manifesting it happens fast. Sometimes it feels overwhelming to suddenly find myself leading other people into my inner imagery transformed into set design, characters and rituals. I love and feed off of the intuitive character of our work, but also occasionally feel an immense urge for an expanded time and space to contemplate in between projects. So I travel.

The beach is a short ten blocks from where I’m sitting. I go there every day. The ocean and sky live amorphous lives. They are constantly taking on new shapes and colors. The only thing static is the horizon and that too is sometimes clouded by a massive layer of fog which rolls in and retreats without timeable certainty. Like many other people along the beach I gaze out. It is so beautiful; the air, the sky, the sun. Last night the setting sun gave birth to a grayish purple which hung in the air above the horizon and was reflected in the wet sand below.  It is a meeting place of sorts. A place where the coast meets the massive city climbing up the mountains. A place where dreamers reach for the stars. I am definitely not the first to come here to this strange capital of fiction – also know as la la land – to start writing a project, taking the steps towards making a performance. Not being able to go further West must have driven many people to begin writing screenplays and narrating fictional worlds they could not manifest in the real. Being here I still see aspects and expressions of human desire in every shop window, diner, car, dress and house. Much of what I see is features of what seems to be the manifestation of what was once an inner image of a life somebody wanted to lead. In that sense everything then can be seen as a fiction, manifested. Taking a look at the new movies presented everywhere on giant bill boards along the endless roads through the city, gives a sense of  what moves in the imaginary worlds of people nowadays. There are many about ancient mythological worlds, professional bureaus trained in controlling human consciousness and numerous movies about doomsday. The plot of many of these kinds of movies are also centered around Los Angeles. I can see why.

On March 3rd, the remains of the tsunami headed towards the coast of California. Waking up that day, I was strongly advised to go as possible into the inland empire immediately. Sleepy and still halfway back in dreams I imagined the streets around my house being destroyed by water. I soon learned that the tsunami would be transformed into a series of smaller waves when it hit the west coast, no way near as catastrophic as in Japan. Still that image of the ocean rising and destroying the streets where I’m currently living, shook my then jet-lagged and estranged state of mind. Since then my thoughts have been traveling to the other side of the Pacific. The people of Japan are still struggling to pick up the pieces of their lives in a constant state of emergency. I replay the event over and over: an earthquake happens underwater and suddenly a whole country is changed. The images of the fire coming from the disrupted reactors are shown on screens all over the world, igniting questions that would otherwise be hard to cry loud enough for people to listen. A new clear critique puts it like this: “Why are we playing Russian roulette with the people for nuclear plants whose principal objective is simply to boil water and produce steam?” It is not the first time that a nuclear crisis has happened, but we forget as a collective. Now a combination of a natural disaster and technological crash down, has created space in time – a crack – in which discussions about how the world is compromised to produce enough electricity to sustain our busy lifestyles. But is this image of catastrophic devastation enough to make us want to change anything? What would it take for us to start desiring another kind of lifestyle? To start creating other kinds of imagery and fictions?

I turn to relate the question to my current place in-between the making of that imaginary world of red twirling veins, my daily work as a Fiction Pimp and my own west coast desire. How to use these realms in-between fiction and reality to evoke a revolutionary imagination powerful enough to transform and sustain the desire of being in the world in new ways? I have always been attracted to the oceans of new realms right behind the next hill.  Not stopping at dreaming about them, but insisting on making a living of building and manifesting new ones. I do not suppose having any answers on how to live and what to imagine, only methods to point to – and open up the inner space, to start exploring.

The next big thing